I really wanted to like this game. It had a lot going for it. Developed by Experience Inc., the sadists behind everyone’s favorite cyberpunk dungeon crawling(DC) RPG, Generation Xth: Code Hazard.

It’s not even a bad game! It has good combat, great music, an ‘okay’ story, and a lot of innovative steps for a DC.

What brings it down, you ask?

Would you want to see someone wondering why a half-naked girl is plastered all over your screen? Then you best not play Demon Gaze out in the open, because you’ll get a LOT of that.

It’s not just Ms. Underwear Fanatic there, either. Frequently throughout the game there’s lots of awkward content. Barely-dressed hotel managers lounging around in come-hither poses, mercenaries who wear next to nothing, even a basement-dwelling mortician who wears little more than a hoodie and undergarments.

Though in Prometh’s defense, she at least gets some of the most hilarious dialogue in the game, such as her deadpan ‘I’m so excited’ when you bring her quest items.

Fanservice gripes aside, Demon Gaze is a solid DC. Battles are lightning fast, the dungeons have a lot of colorful variety, and best of all, they get music. That might seem like a no-brainer, but a lot of DCs outside of Etrian Odyssey overlook the most important of features. If you’re gonna spend hours in a dungeon, at least have good music. Hell, have SOME music. (Looking at you, Class of Heroes.)

Also, the post-game and end-game bosses are the stuff of nightmares. So the game is worth a shot for the gameplay, if nothing else.

Just play it at home whenever a story beat hits.

This update was fun. There’s an animated cutscene with a LIPS choice right in the middle of it. Want to watch Sakura slap the living hell out of Sumire? Boy do I have the visual novel/SRPG for you! 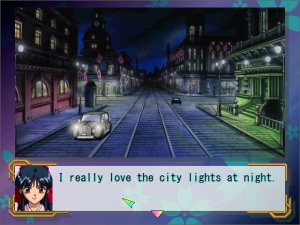 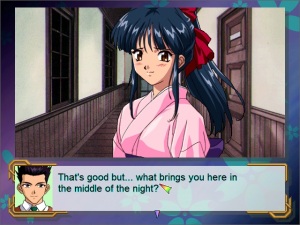 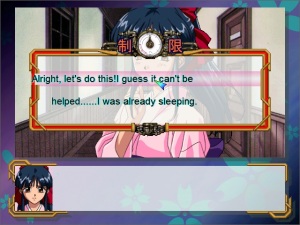 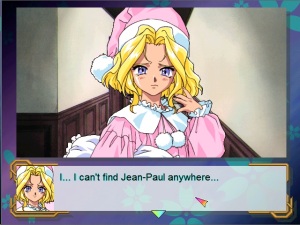 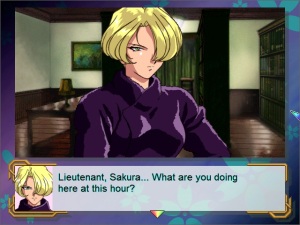 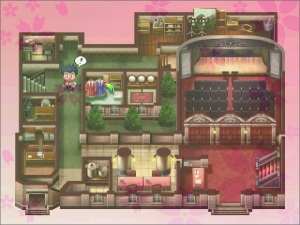 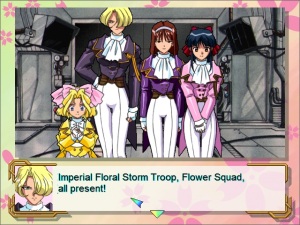 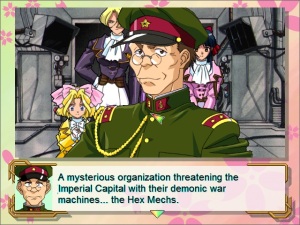 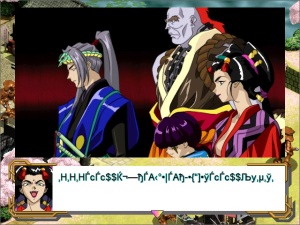 As you can see the LIPS system still needs work, and this update ends right at the battles. But they are working fine, so I’m not too worried about that portion.