First one in, last one out. 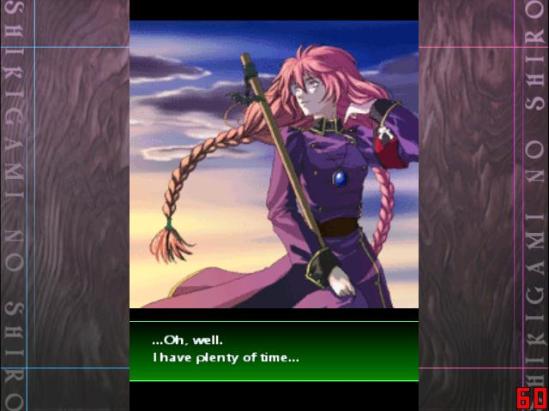 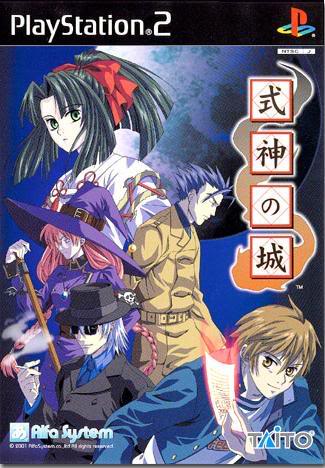 Myself, EsperKnight, and a freelance translator named Cckerberos decided to take it on, and the rest is history. 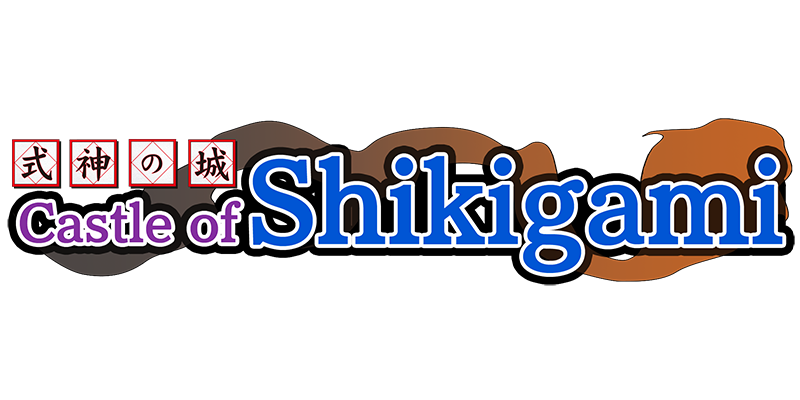 Yep, through some ritualistic mumbo-jumbo, CoS has actually gotten an official release on Steam.

I was as shocked as you. What’s next, Ougon Musou-oh. Yeah.

Despite that most of the internet seems to not be aware that there IS a fan translation, I happen to recall vividly, having edited the damn thing.

There’s a billion reviewers out there talking about Shikigami’s gameplay, so I’m going to talk about the most important thing(well, at least to me): the story.

As most of you hopefully know, Shiki 1’s first US release was… less than optimal.

Yeah. All the story was removed. So we translated the PC version to fix that.

And now Degica’s put their own spin on it. So without further ado, let’s compare. 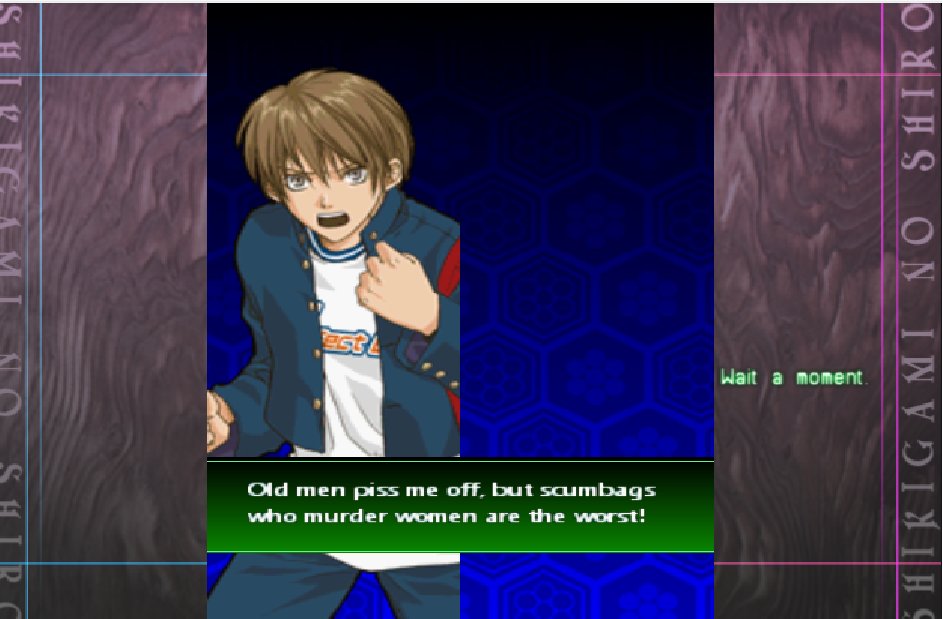 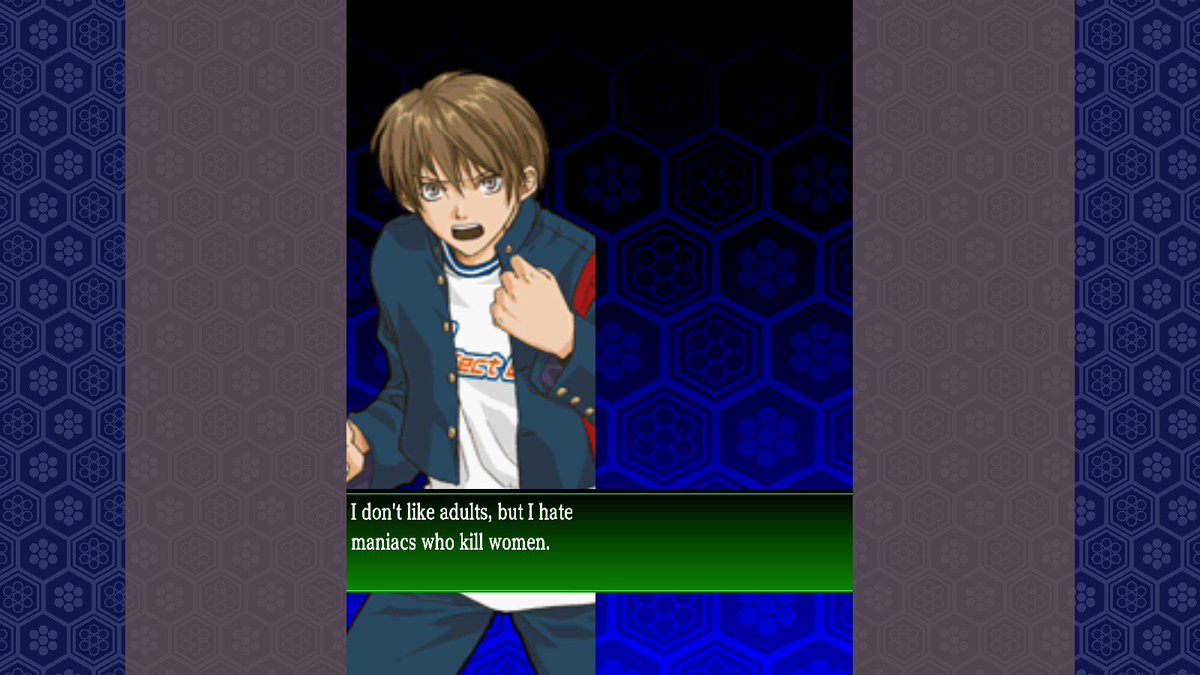 Nitpicks aside, the Degica script does convey the meaning of Kohtaro’s dialogue. But it lacks kick. Kohtaro’s never that calm!

It’s a solid translation. But it lacks flair. (Also, notice the Degica text is left-aligned and doesn’t fill the bar. That’s a forced thing in the translation. We fixed it in our version. Degica did not. You’ll see it in our version of Fumiko’s text below, likely a line we didn’t correct, as it required manual updating. ) 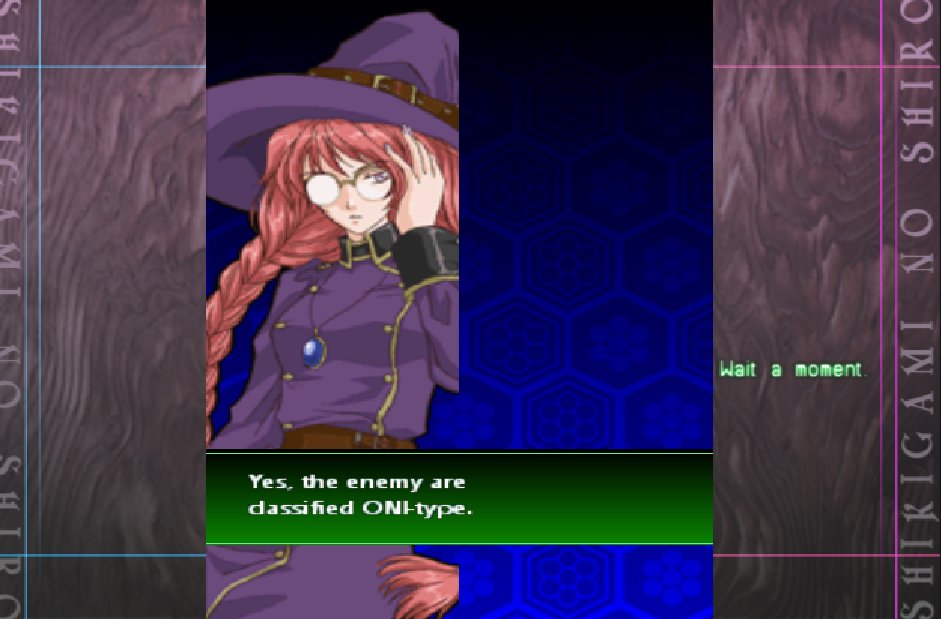 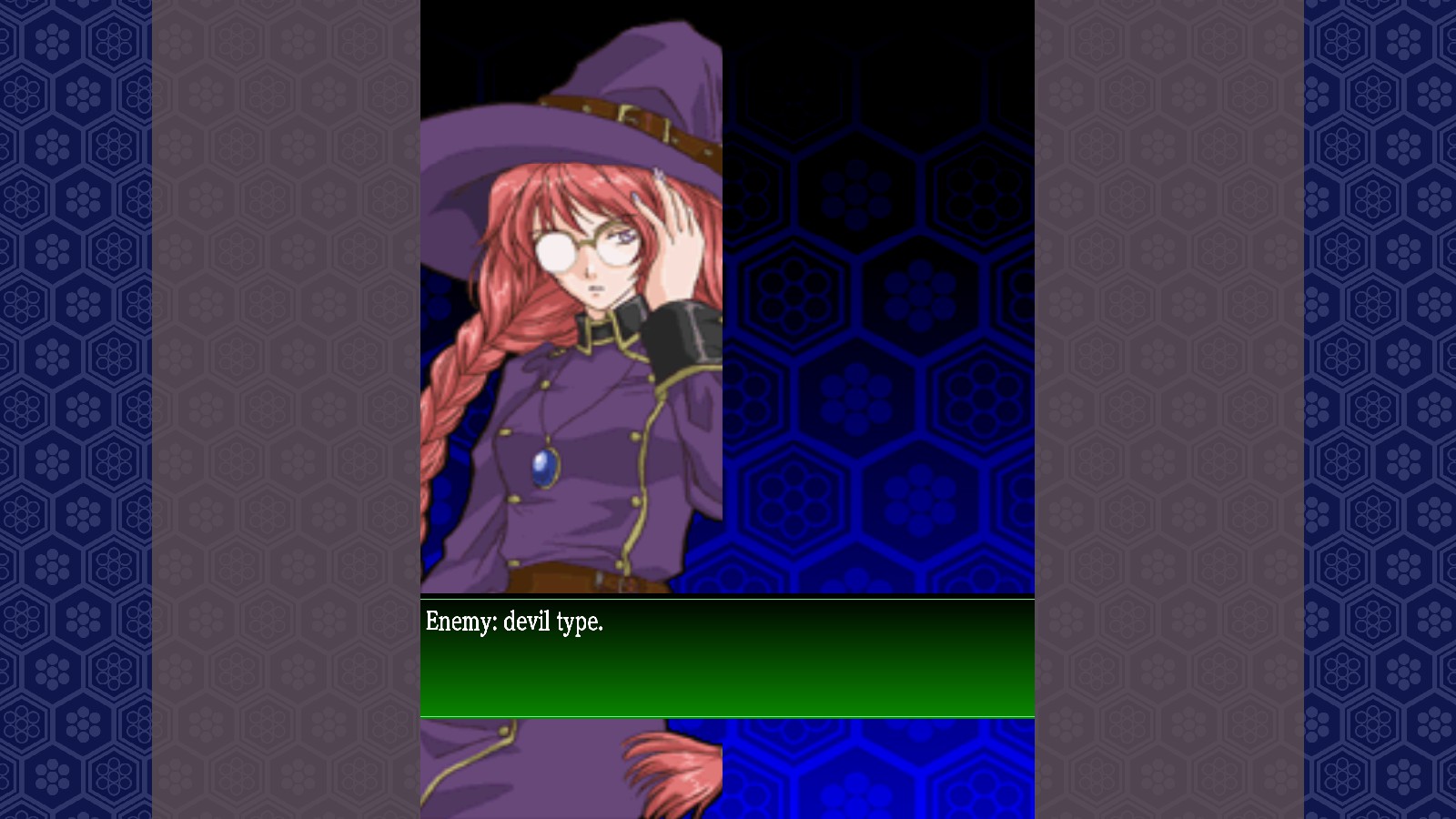 Again, the sentiment is the same. The delivery isn’t. 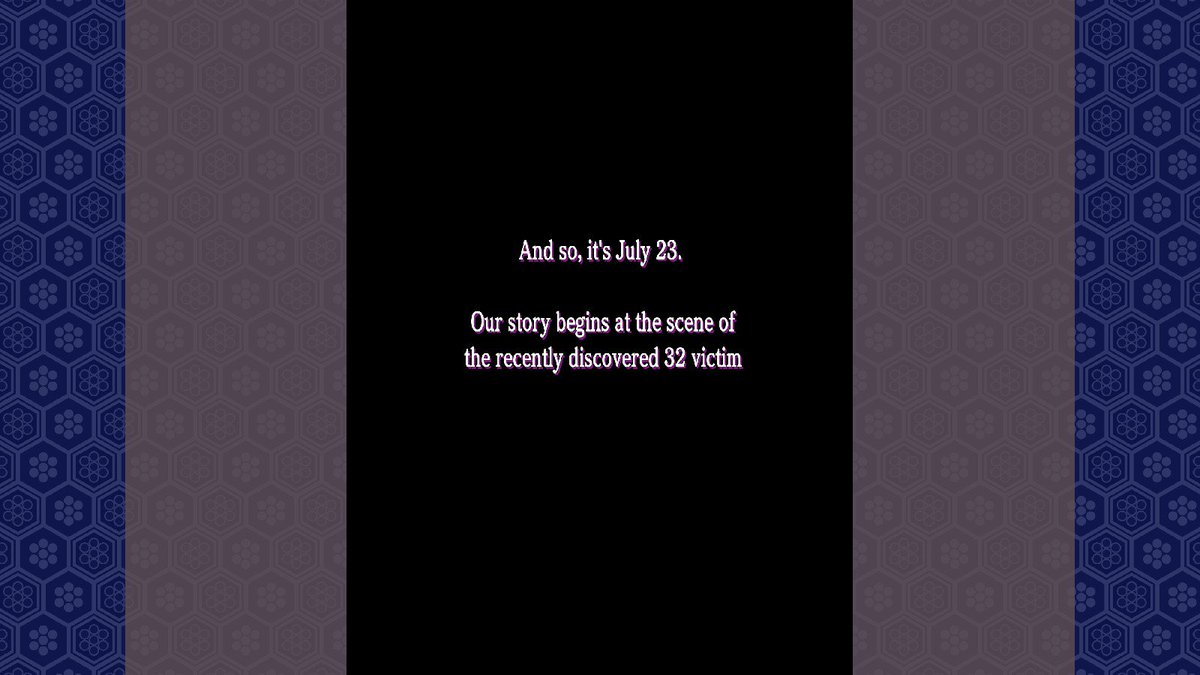 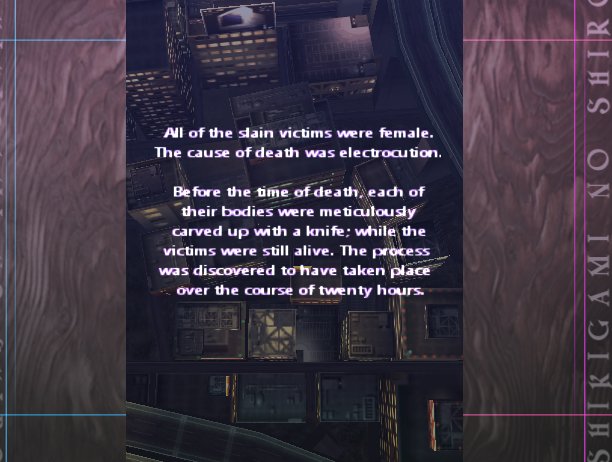 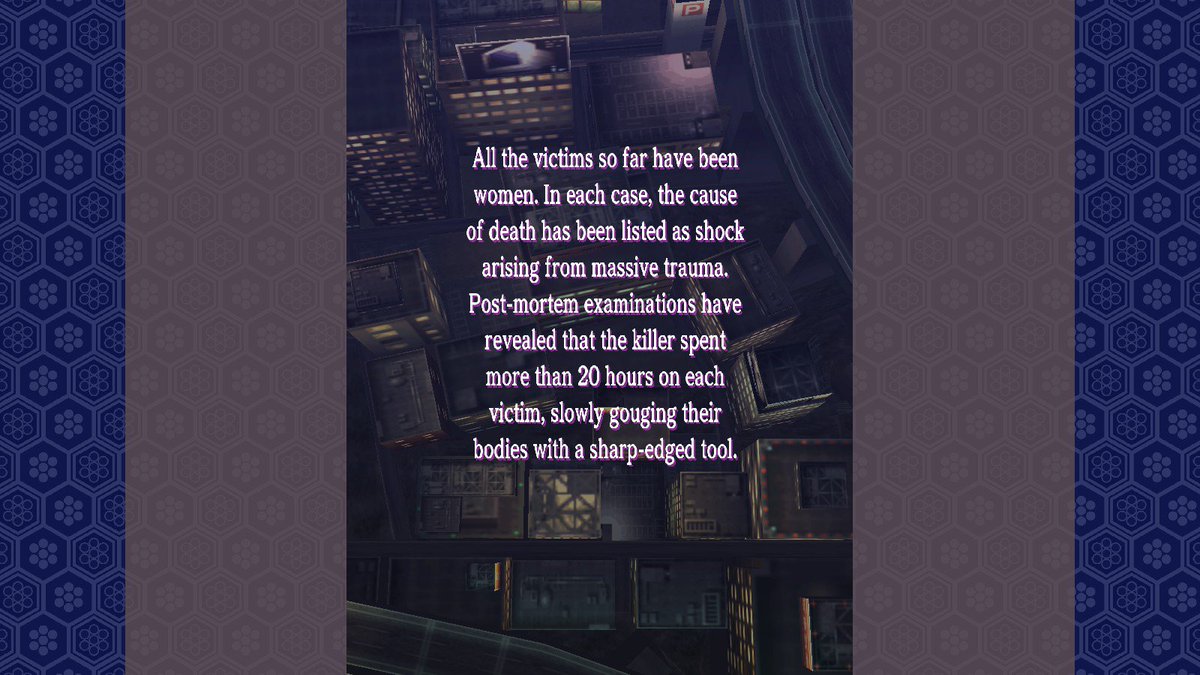 I gotta give them credit for that. It comes across as very clinical and autopsy-like in tone.

So in short, they made a valiant effort. It’s not perfect, but I applaud them for bringing Shikigami’s story to a wider audience… even if most won’t even notice it. 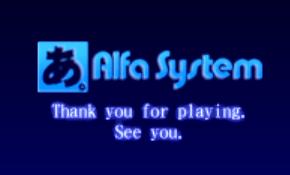