DISCLAIMER: The amazing graphics that power the backgrounds and the banner are courtesy of Fauux, https://fauux.neocities.org/ (FLASHING GRAPHICS ALERT) .

Iwakura Productions was founded in 2011 as a grassroots effort to bring Japanese titles to English speaking audiences, no matter how niche or obscure. Our first project was for Alfa System’s classic shmup ‘Castle Shikigami’ / Shikigami no Shiro.

Due to cj’s personal fixation on all things Shikigami and Alfa System, he went looking for help at romhacking.net for someone crazy enough to help translate a niche PC shmup with all of 80 lines of dialogue.

A hacker named EsperKnight stepped in, and the rest is history.

We started as a volunteer effort for that single project, and we continue to take on whatever passes under the collective gaming radar that catches our fancy. Other projects of note, complete or otherwise, include Ougon Musou Kyoku, eXceed: Gun Bullet Children, Sakura Wars, The 4th Unit, and collaborative work on Shadowrun (Sega CD), Devil Children: Red & Black and Generation Xth: Code Hazard.

Our interests range from all sorts of games: be they RPG, shmups, puzzles, even the occasional FPS or strategy game. If it’s good and worth our time, it won’t go overlooked by us, regardless of origin.

If you want to chat about games and/or other stuff, you can try our discord, but don’t expect any magical secret updates. Anything of note will be posted on the blog. …eventually….

A long term RPG fan who picked up Castle Shikigami 2 on a whim due to the anime cover. Despite the hilariously awful script and hobo-tier voice acting, he became a fast fan of Alfa System’s crazy works.

His first RPG was the original Dragon Warrior, and his first SMT was Revelations: Persona.

Despite his mother’s claims that he would be tired of video gaming by adulthood, his obsession has only grown. His user name is a combination of his first two initials and a healthy fixation with Yoshitoshi ABe’s first series.

Has way too many translation projects going and loving it. 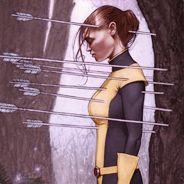 If you want to join our team or even assist in any way, shape, or form, you can always reach the project lead via discord, twitter(@cj_iwakura), or whatever.

We do not accept donations, please don’t ask.

Use that money to buy yourself something nice.

Or a Fumiko figure, either/or.